Turbulence is mostly just a discomfort for passengers, but in rare cases strong turbulence can be very dangerous.

Turbulence is the small-scale and short-term chaotic movement of air particles. Sometimes it is just an unpleasant phenomenon that causes the aircraft to shake, and sometimes it is much stronger and more dangerous, so it can also cause a crash, primarily of light aircraft. Turbulence appears in clouds and their vicinity, especially in thunderclouds.

Clear air turbulence is less dangerous, but inconvenient because it is difficult to detect. It can surprise pilots and passengers, and we feel it as buffeting. 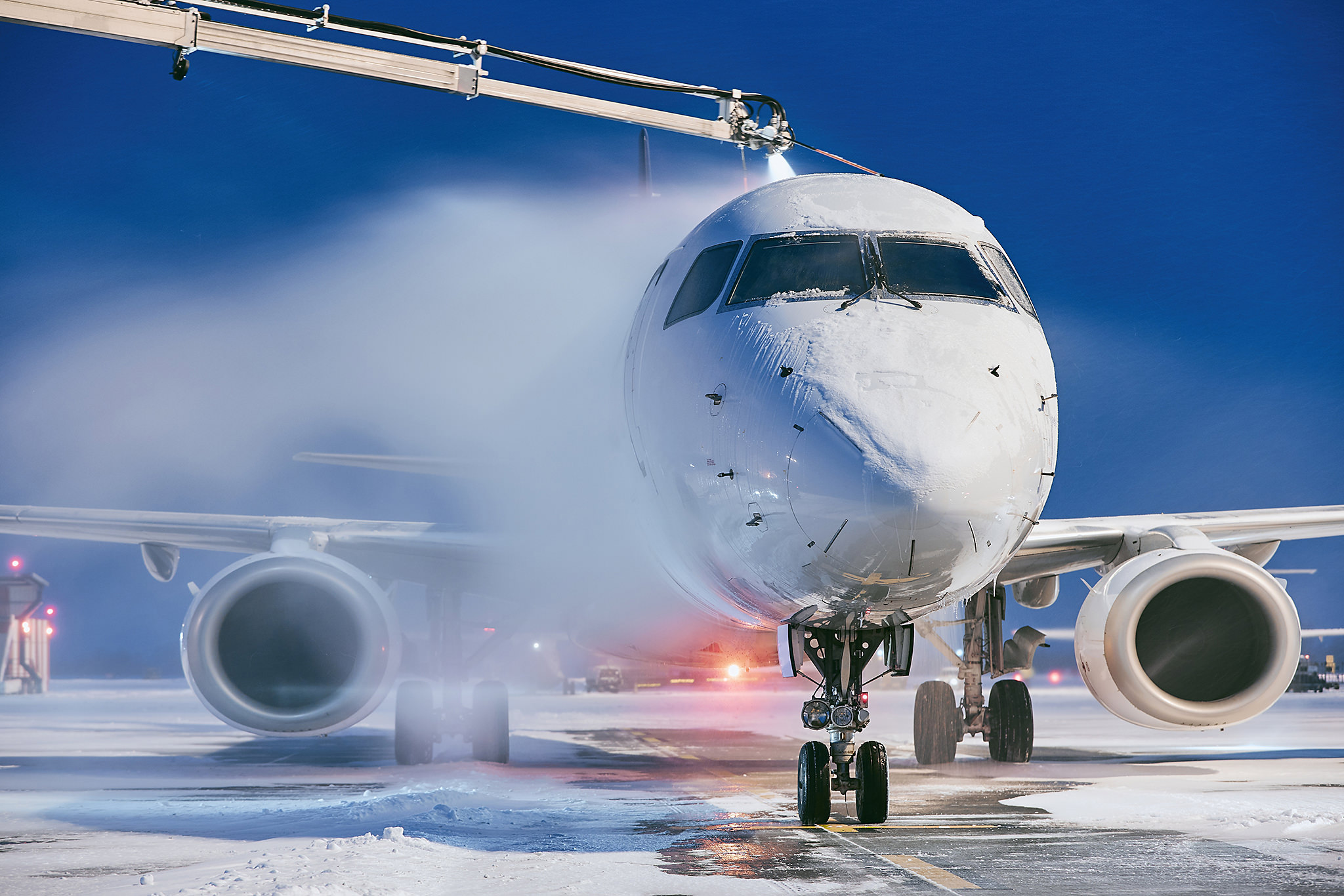 Aircraft icing can be a silent killer. Ice can suddenly form on the wings of an aircraft, severely disrupting their aerodynamic properties and causing the aircraft which can no longer fly to descend sharply.

Icing occurs due to the physical properties of the atmosphere in which water can exist in the form of water droplets also at temperatures below 0°C. However, such droplets freeze abruptly as soon as they come into contact with a solid.

The solid can be an aircraft, i.e. its wings and other surfaces, but also the aircraft engine. The aircraft icing which occurs in that case can be extremely dangerous. Modern aircraft have ice protection systems, but icing can still pose a threat, especially to light aircraft. Meteorologists today forecast icing zones and disseminate such information to their users.

Strong surface wind is especially dangerous during landing if it is a so-called crosswind – wind perpendicular to the direction of the aircraft. In such situations, it is very difficult to align the aircraft with the runway on landing, so pilots often have to make another landing attempt.

If the wind is so strong that it also causes strong turbulence, an additional problem arises, making it quite difficult to stabilize the aircraft to land safely. That sometimes happens at Dubrovnik and Rijeka airports during the bora. Therefore, meteorologists pay special attention to such situations, forecast them and forward the information to users.

Strong wind also occurs at high altitudes and is associated with jet streams. Depending on the position and direction of the jet stream, strong wind can cause problems if it is a headwind because it slows down the aircraft. However, it can also be useful if flying with the wind in a jet stream because the aircraft accelerates.

When calculating the route, modern airlines take into account wind forecasts because this approach can significantly reduce flight duration and costs. On February 12, 2020, a British Airways airplane set a record for the fastest flight from New York to London for aircraft flying below the speed of sound. The Boeing 747 achieved a speed of 1327 km/h flying in a jet stream and arrived in 4 hours and 56 minutes, even 80 minutes ahead of schedule.

Wind shear is also most dangerous when landing as it can cause a sudden drop of the aircraft.

It occurs when winds of different speed or direction blow at different points which can be near each other. Wind shear can be horizontal or, more often, vertical. In those situations, the aerodynamic flight parameters are abruptly changed, so the aircraft climbs or stalls suddenly. If it is close to the ground when landing, this can be fatal.

Today, wind shear is forecasted and also detected by onboard or ground-based devices. Most heavy modern aircraft, to which wind shear is a severe hazard, have wind shear detection devices to warn pilots of this phenomenon.

Like some other meteorological phenomena, mountain waves can be both useful and hazardous to aviation.

Mountain or lee waves occur when the air passes over an obstacle, such as a mountain. They appear behind the mountain in the form of downdrafts and updrafts. They are dangerous for light aircraft, balloons, ultralight aircraft, hang gliders and paragliders.

In Croatia, they most often occur on the lee side of the Dinaric Alps, caused by a strong southwesterly wind. They can occur over the Adriatic during the bora.

The phenomenon of mountain waves can also be visually accompanied by a cloud on the lee side of a mountain.

Mountain waves are dangerous because the downdrafts that occur in them can make steering the aircraft difficult, but they can also be useful because the updrafts can be used for flying and gaining altitude (gliders).

Of course, all safety requirements must be met for such aircraft operations – there has to be adequate ground-based and airborne radio navigation and other equipment, and the flight crew has to be adequately trained.

However, at airports, fog is the most significant issue. Meteorologists regularly forecast it and thus warn of possible problems for regular air traffic. If all of the safety requirements are not met, flight operations can be suspended due to fog. But fog can still pose a problem even if the safety requirements are met. Namely, in low visibility conditions, separation standards between aircraft are increased for safety reasons and thus the capacity is reduced. This can cause significant problems in heavily congested airspace or at large airports, mainly due to flight delays.

It can be caused by a single cloud or a cluster of clouds, which are called cumulonimbus clouds. They are most often formed overland in the summer and can grow up to 15 km in height, making flying difficult and dangerous, so pilots usually avoid them.

Because of their significance for flight safety, the Aeronautical Meteorology Service pays special attention to thunderstorms by forecasting their formation and disappearance and providing a range of information for users.

Airplanes fly in the atmosphere, and we keep track of its status. Timely and accurate information on weather conditions is a prerequisite for flying safely.